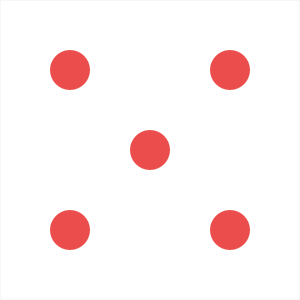 On a turn, a player rolls the die repeatedly, adding up the numbers rolled on the die.


However, if a player rolls a 1, the player's turn is over and any points they have accumulated during this turn are forfeited.


Rolling a 1 doesn't wipe out your entire score from previous turns, just the total earned during that particular roll.


A player can also choose to hold (stop rolling the die) if they do not want to take a chance of rolling a 1 and losing all of their points from this turn. If the player chooses to hold, all of the points rolled during that turn are added to his or her score.


You win by being the first player to score 100 or more points.